Dann May was an integral part of the Storm Hollow design team. From visual design, world building, story design, and overall game development, Dann’s influence can be seen in all corners of the game. As an art director and artist, he helped create the visual style for the world and its various races. Using art descriptions and input from us, he found and organized a team of artists to create hundreds of gorgeous pieces of art for the game while maintaining a cohesive art style that was bright, beautiful, dramatic, and still appropriate for all ages.
—— Julian Leiberan-Titus, Co-designer of Storm Hollow 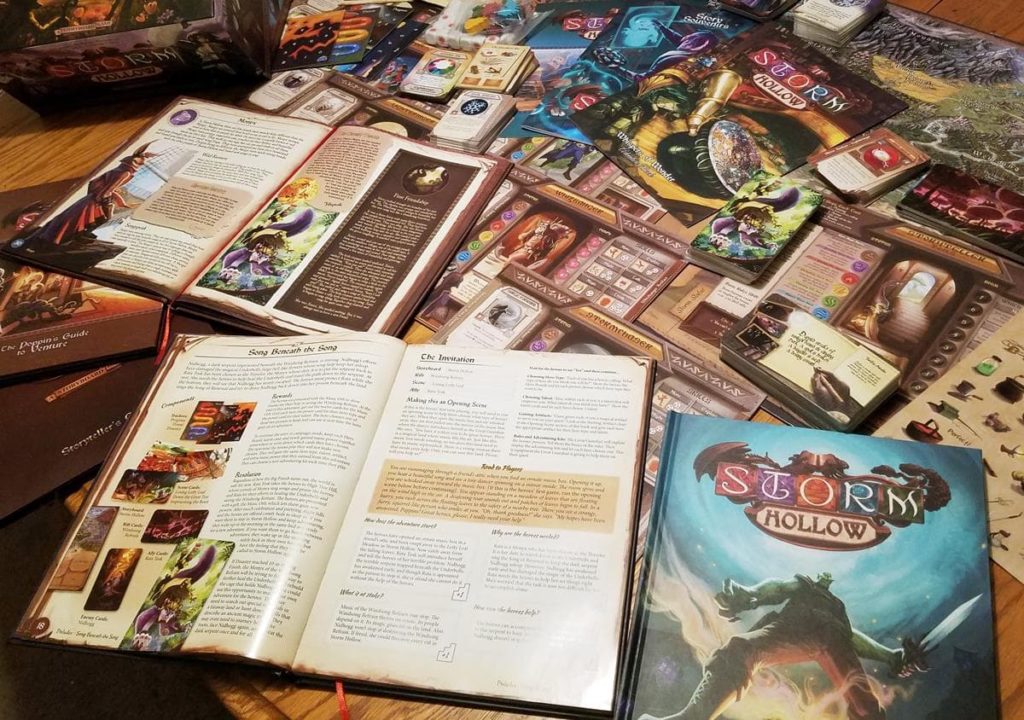 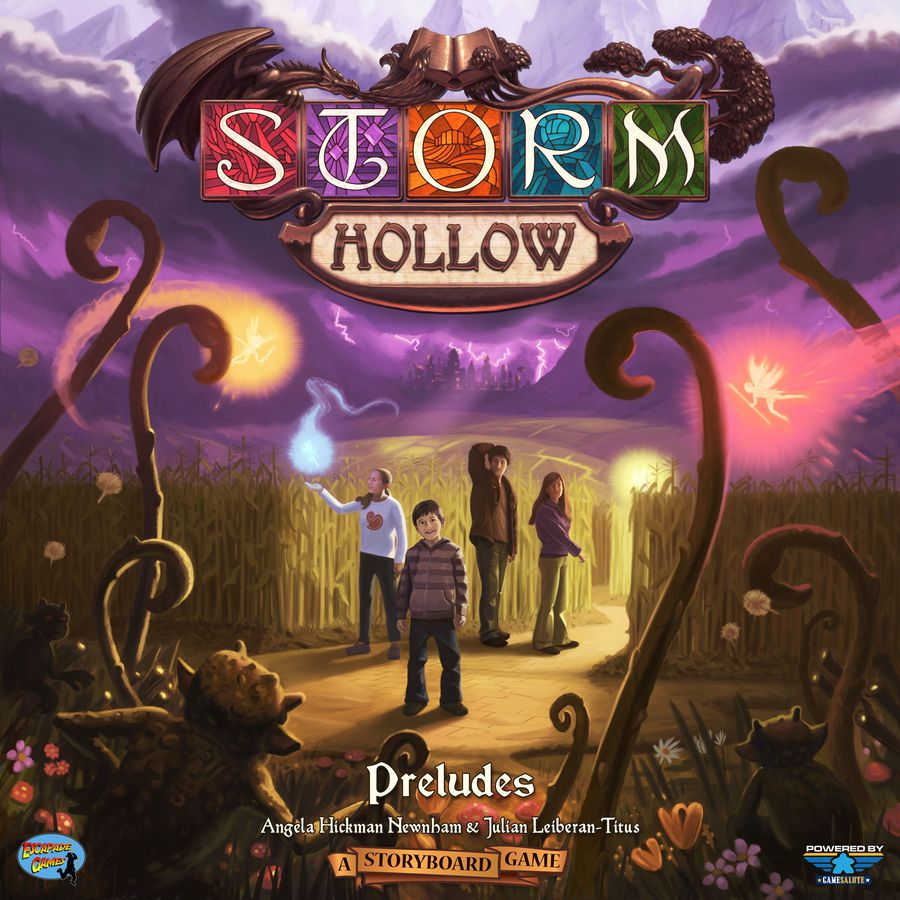 Hero Board and icon set design and illustration – Central portrait and power art by Kelly McClellan. 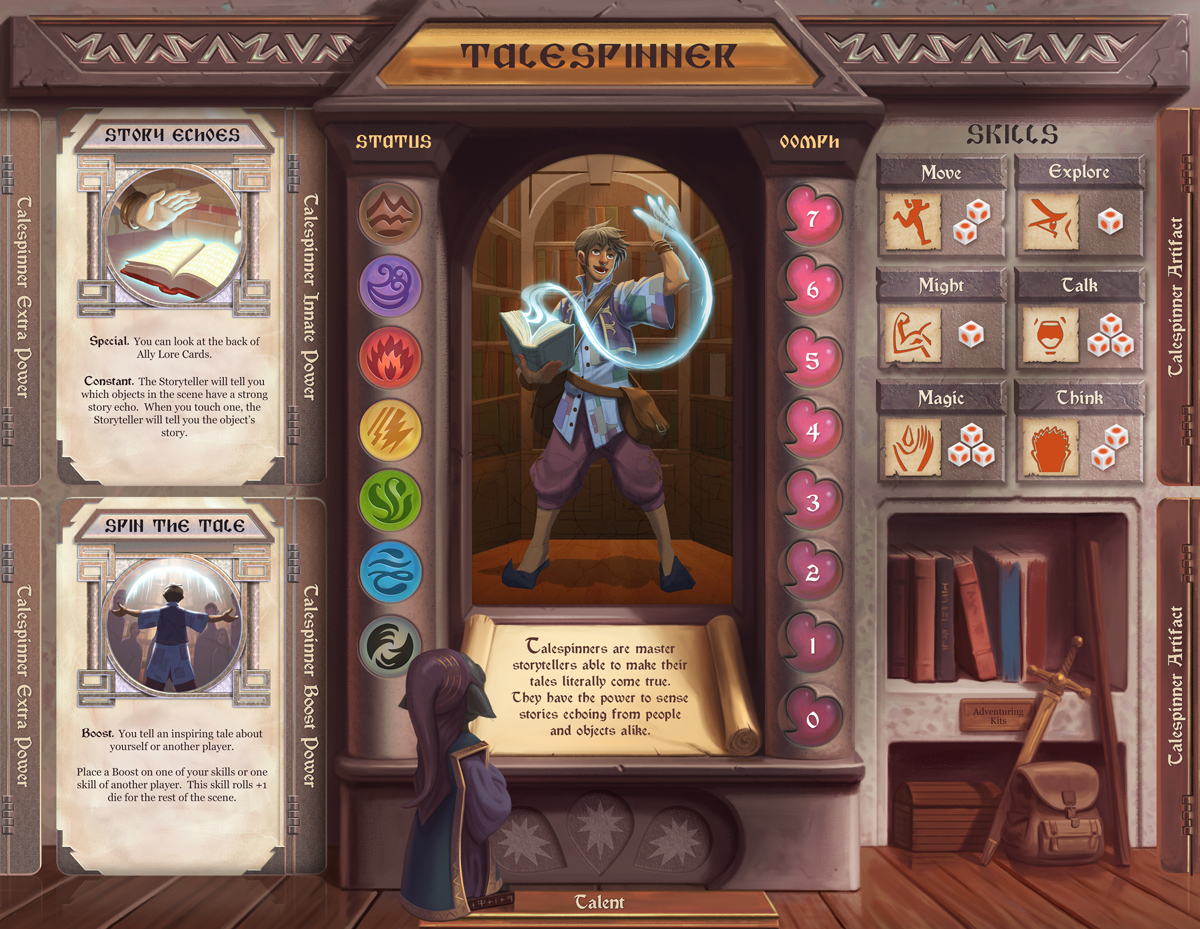 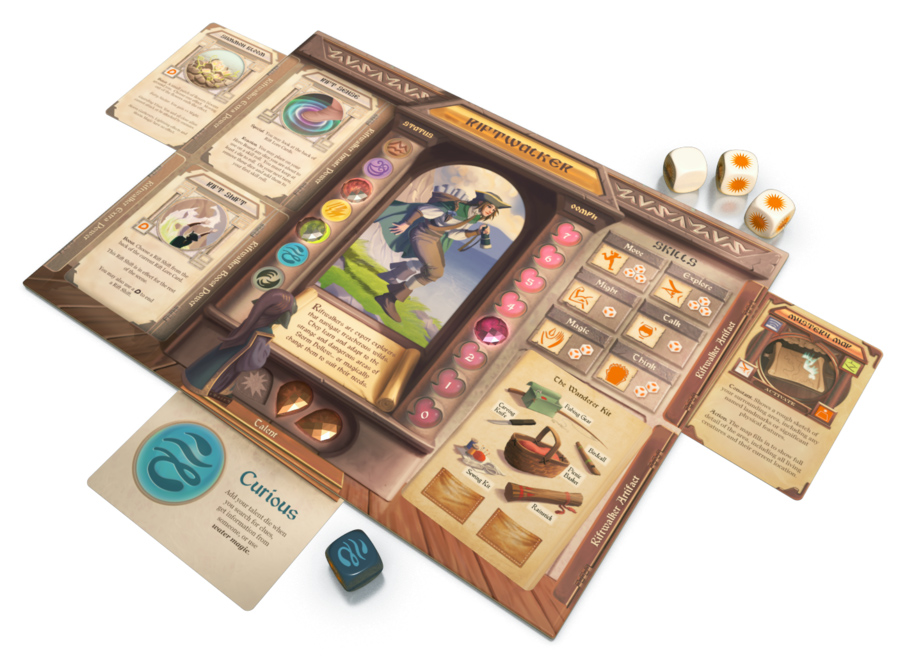 Dann used input from us, as well as feedback we received from playtesting, to create a user interface for the players of the game that was both visually stunning and immediately understandable. From player boards to cards to books, Dann designed layouts that organized a large amount of information into formats that are engaging and accessible even for early readers.
—- Julian Leiberan-Titus, Co-designer of Storm Hollow 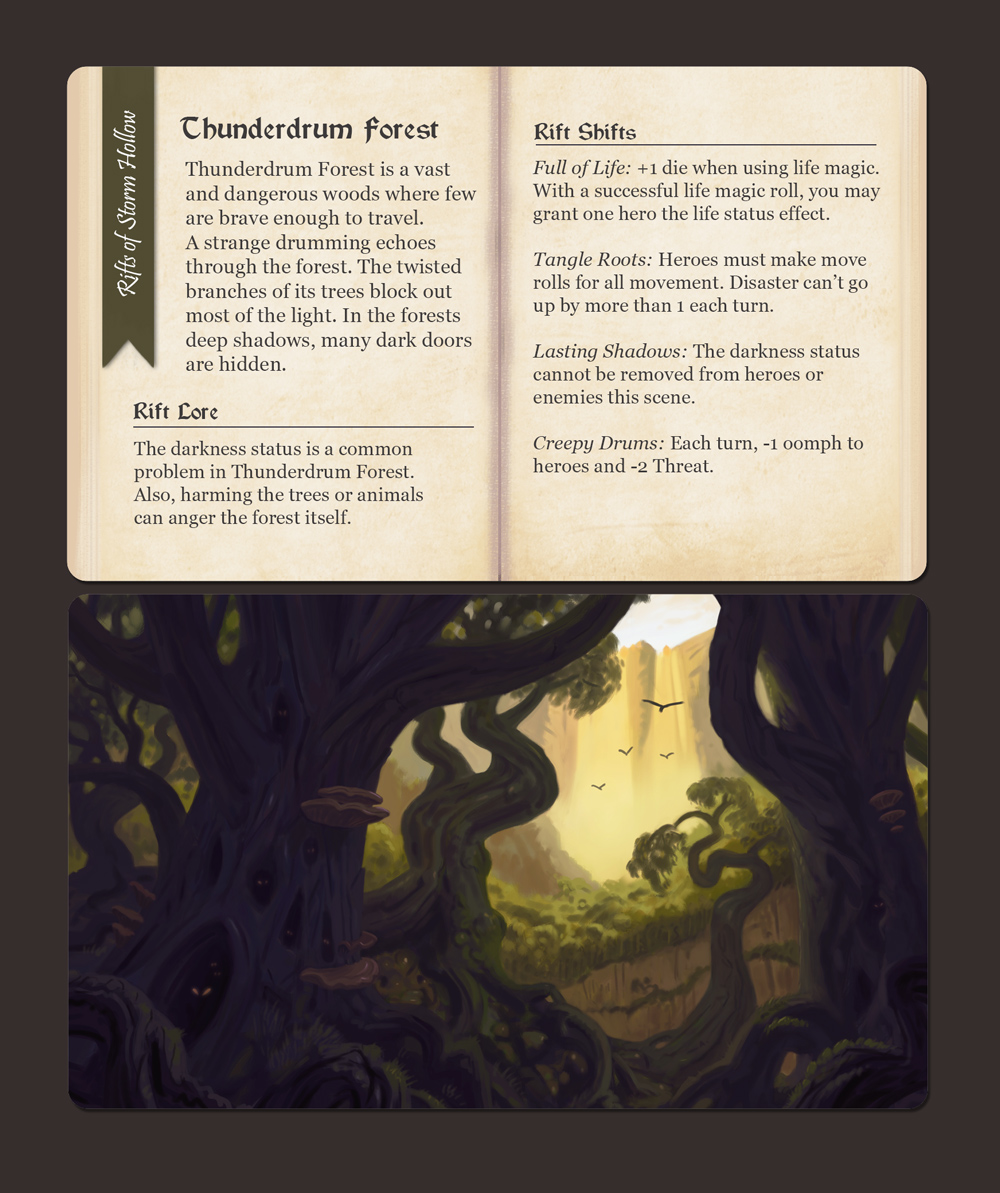 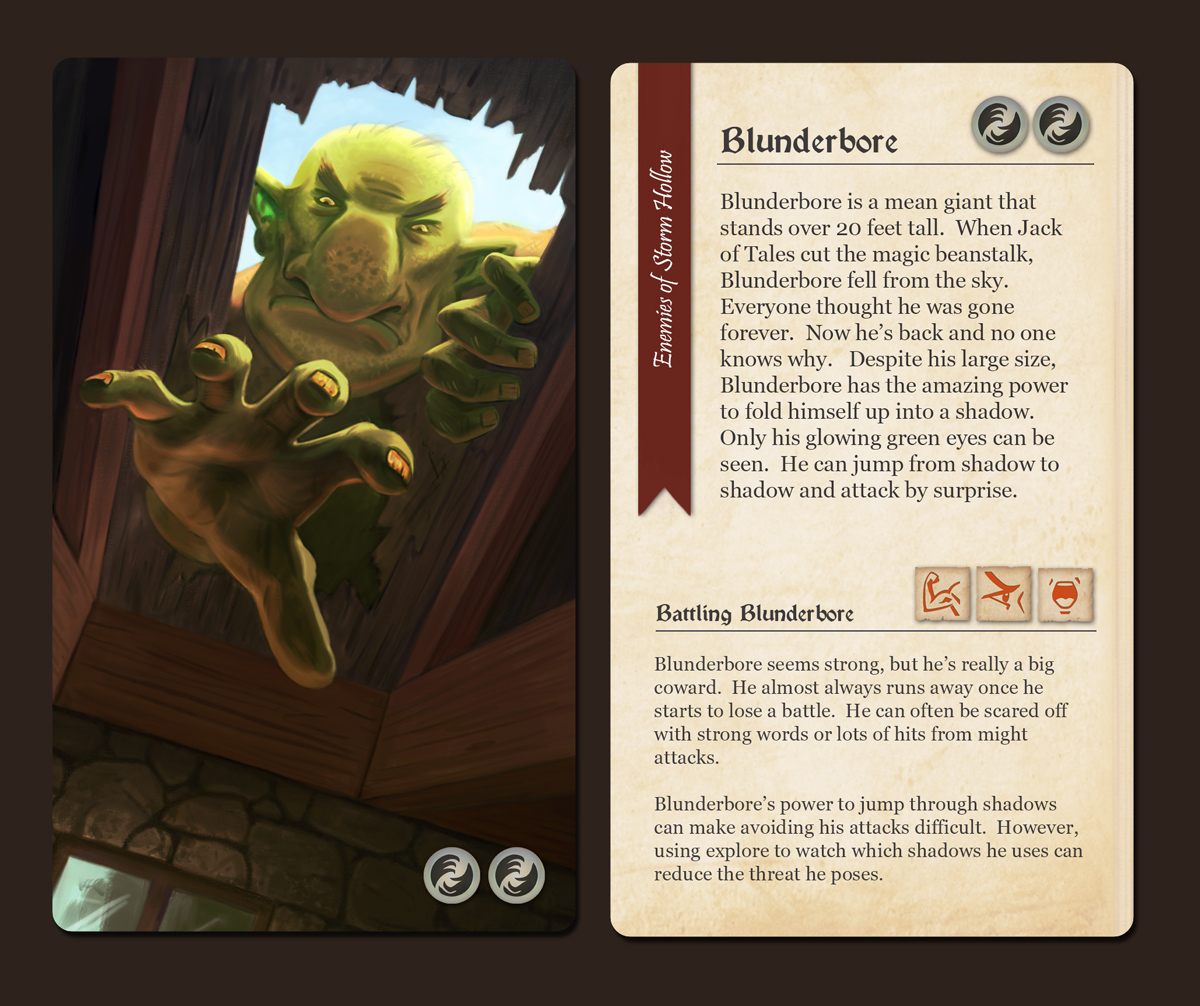 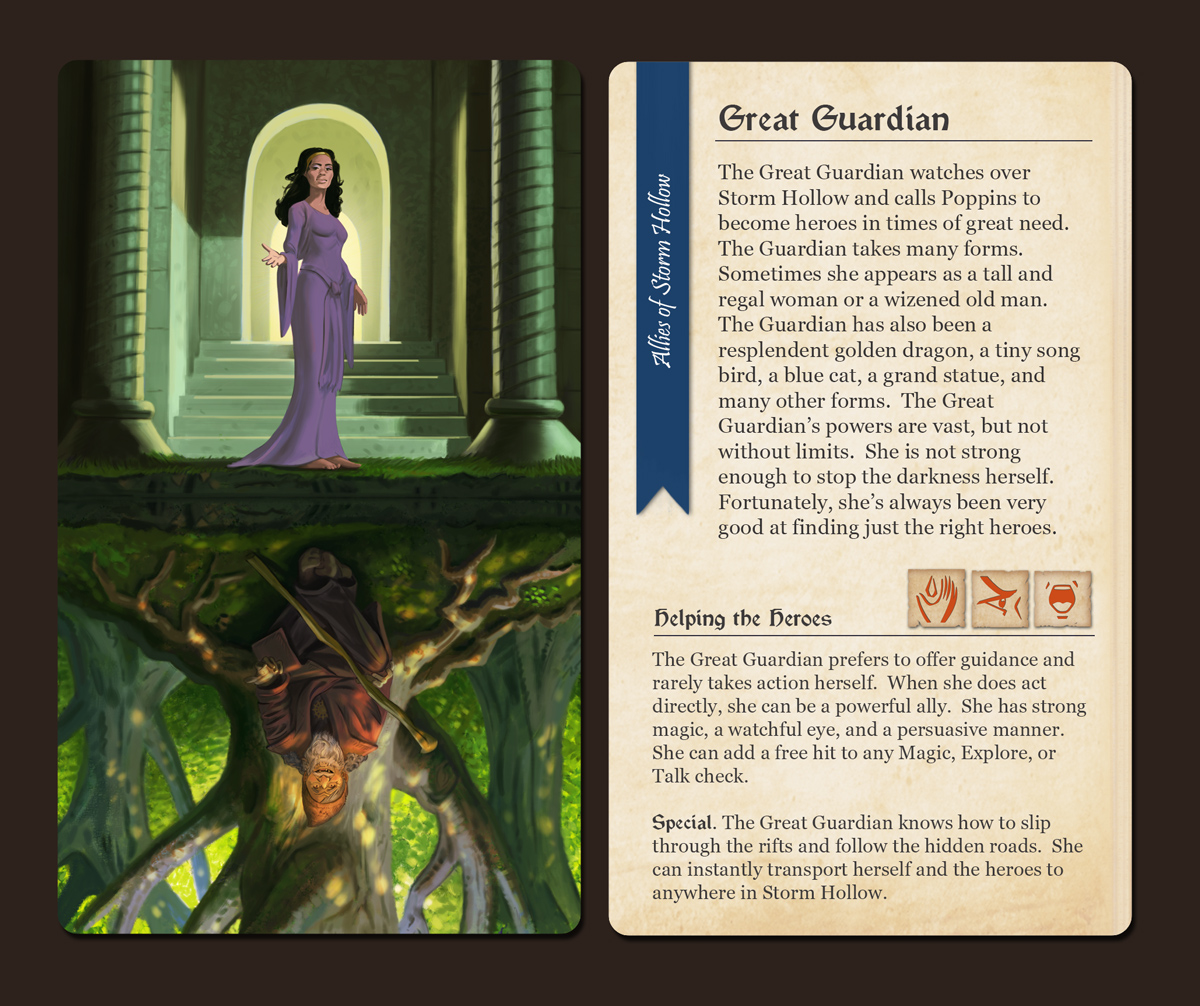 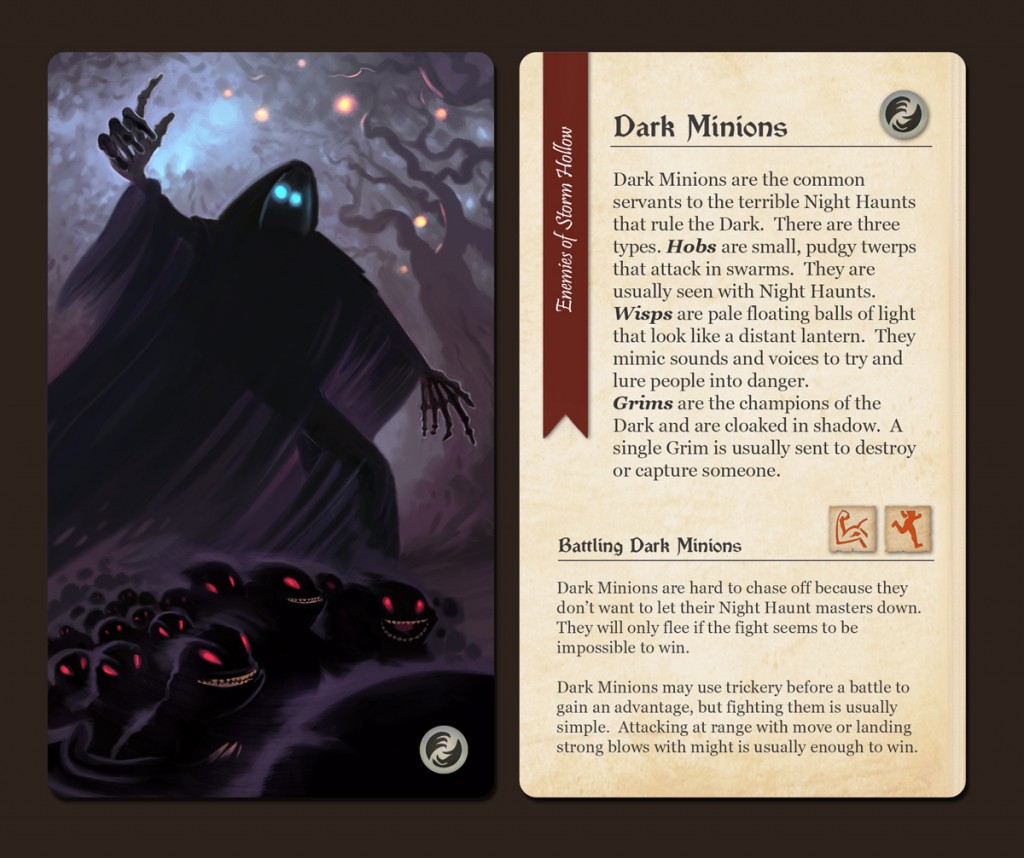 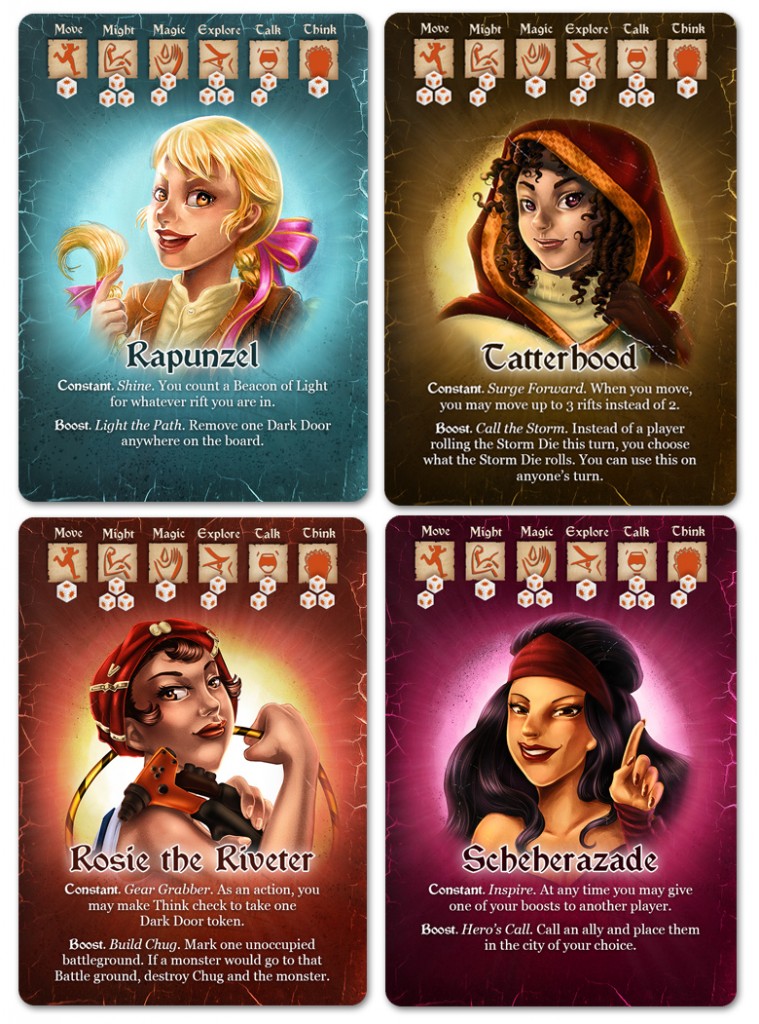 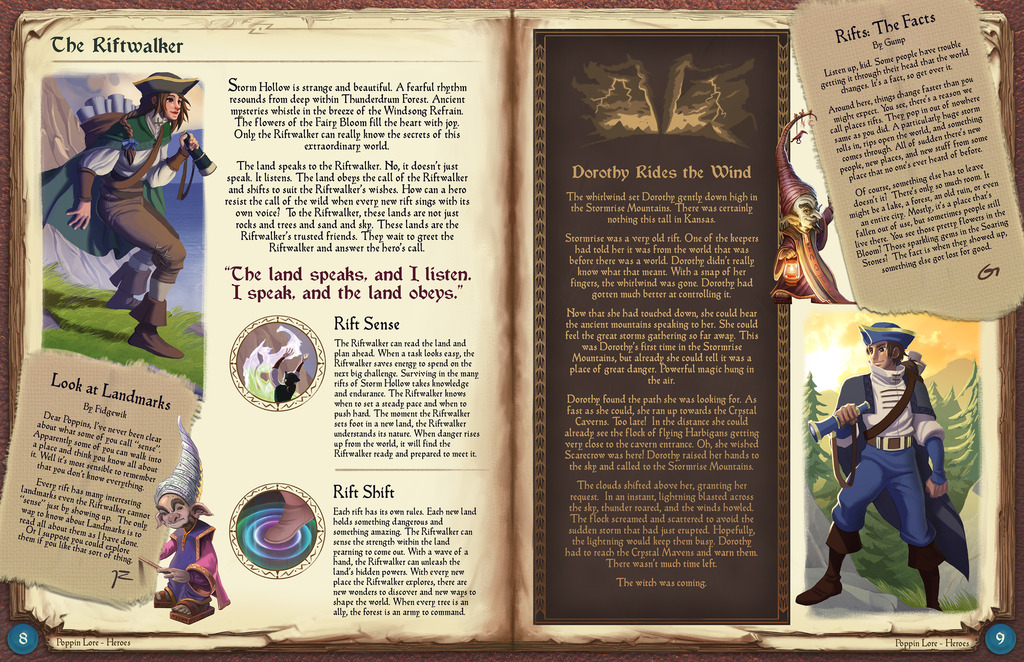 Dann has infused his quirky humor and strong sense of wondrous delight into many of the characters, places, and stories of Storm Hollow, but nowhere more than in two of the game’s most beloved adventures: No Place Like Nome and The End. The plots, characters, and major challenges of these adventures were all created by Dann. They proved to be silly, approachable, and fantastically entertaining romps that are great starting adventures for players new to the game.
—- Julian Leiberan-Titus, Co-designer of Storm Hollow 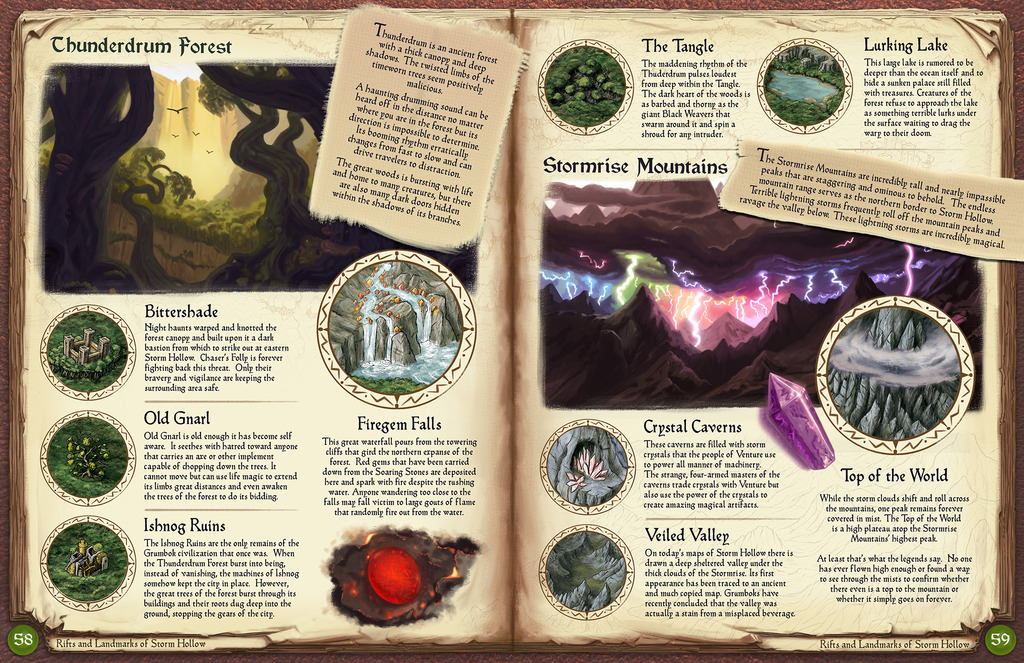 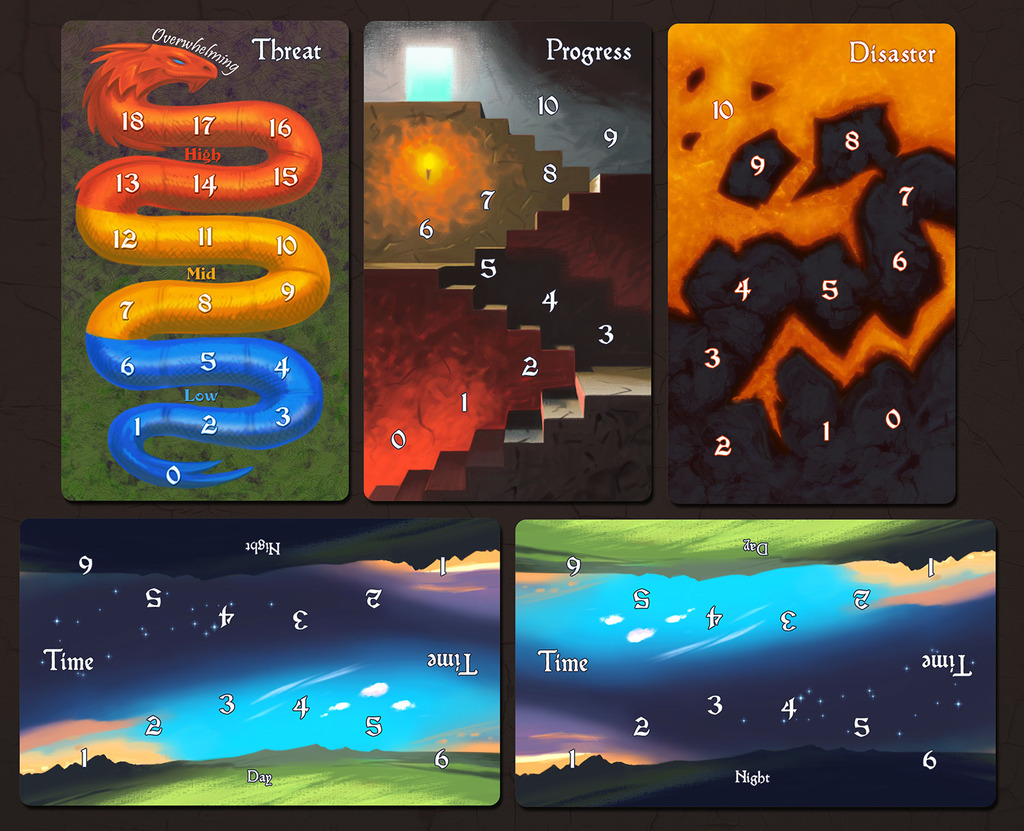 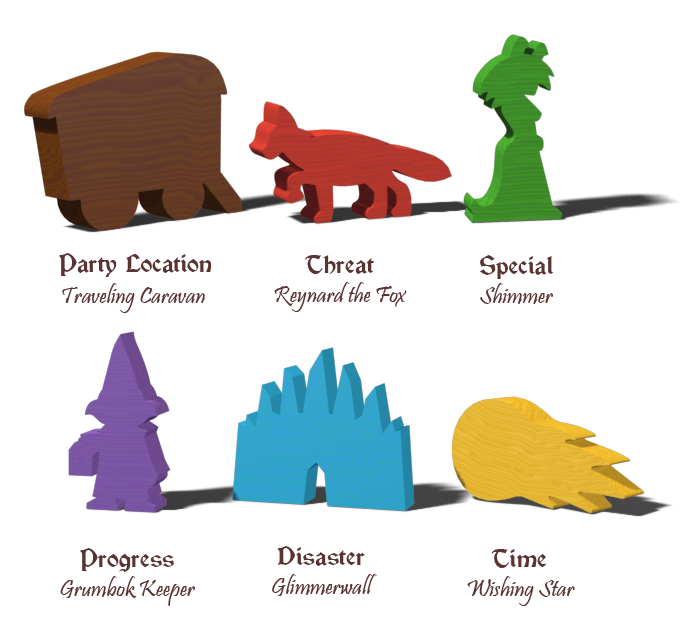 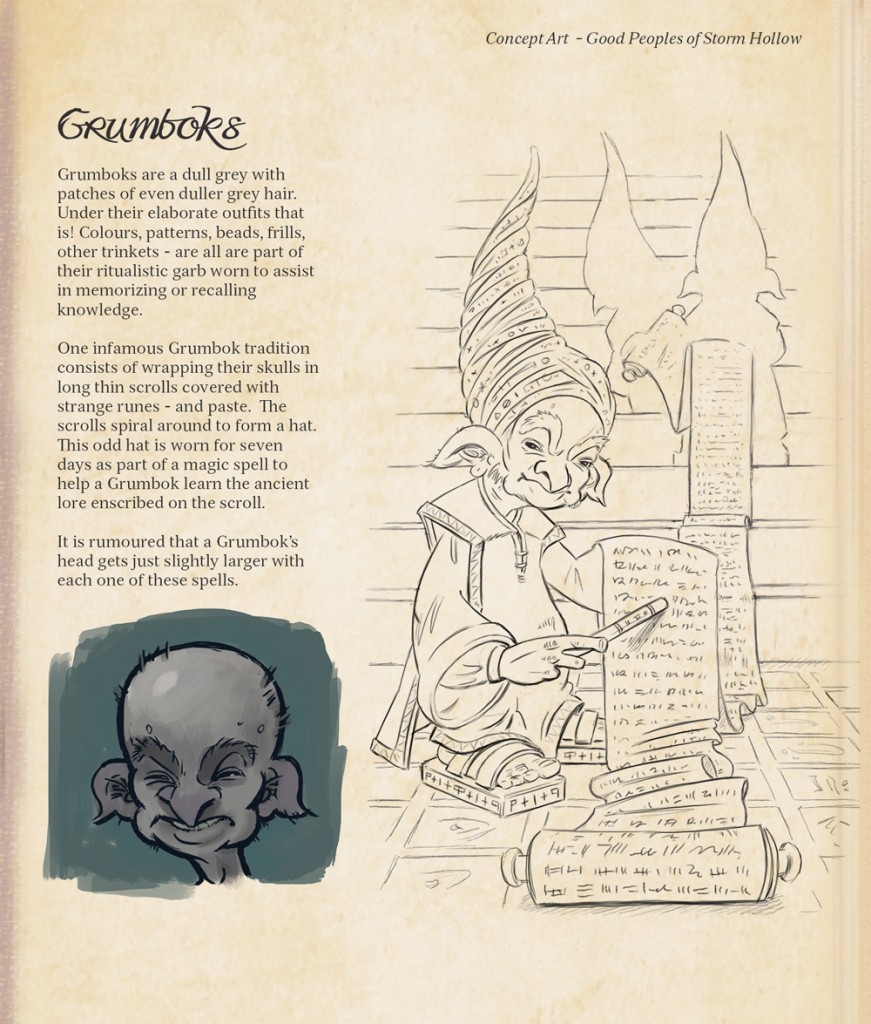 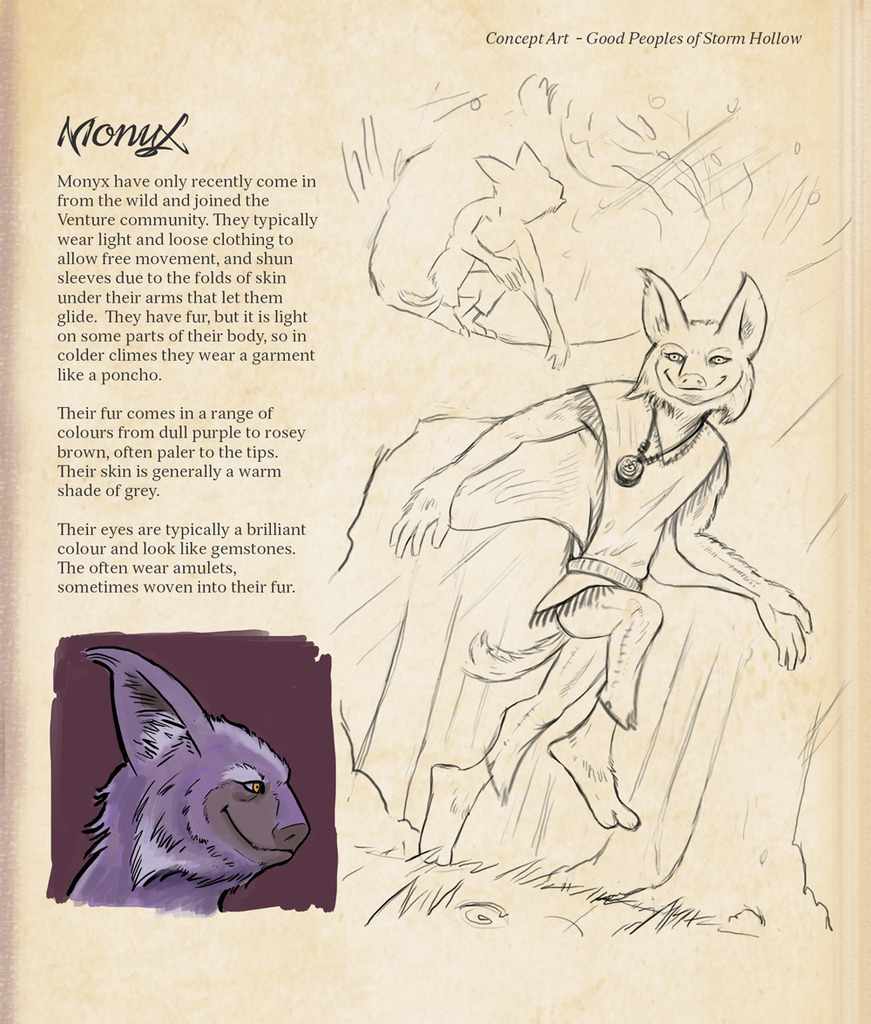 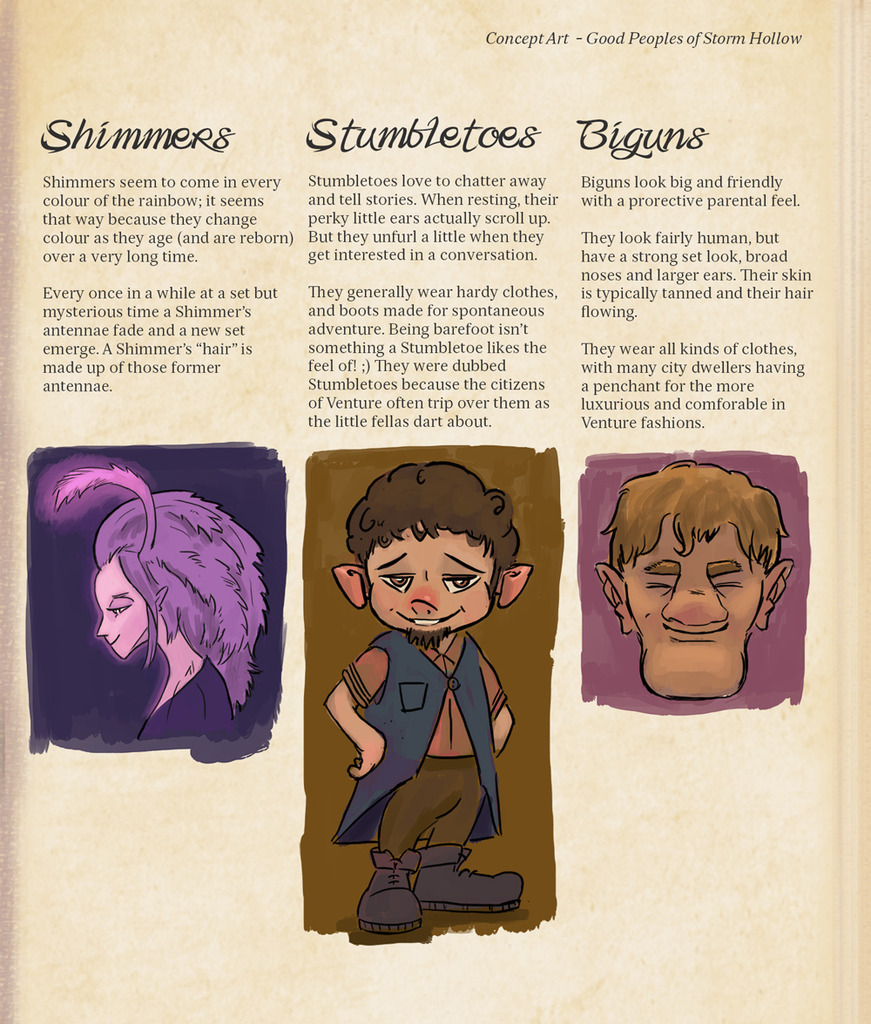 We worked with Dann as a creative director and developer on Storm Hollow. He brought a fresh perspective and vision to the project that helped enhance the unique nature of the game and tied together all the different aspects of the game in a cohesive way. Dann helped shape the world and its inhabitants with an infusion of new ideas and created elegant visual design elements that helped draw the players into the world. Dann had a hand in bringing the world of Storm Hollow to life in the stories, creative aspects, and immersive visual elements that make it special.
—- Angela Hickman-Newnham, Co-designer of Storm Hollow